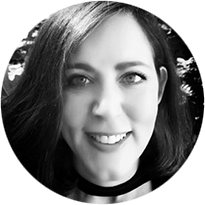 Rachael Methal
CHAIR
Rachael Methal is a CFO with Geller & Co., a financial services firm supporting leading executives in the private sector. Previously, she was the CFO of Technology for MetLife and has over 20 years of experience in the Finance and Accounting industry. Rachael completed her Bachelor of Science in Accounting at SUNY Binghamton and earned her MBA in Strategic Planning and Organizational Behavior from PACE University. Rachael is the proud parent of two girls and has been actively involved with the Girl Scout organization for the past 6 years. 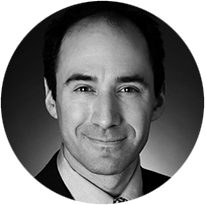 Josh Wilkes
Josh Wilkes is an expert in municipal bonds, having spent over twenty years structuring and trading them at Goldman Sachs, Deutsche Bank and now Pine River Capital Management. He is a former board member of the Harmony Program, a non-profit that provides instruments and after-school music programs to underserved communities in NYC. Passionate about superheroes, he lives in Soho with his Super Wife Jenn and his two daughters, Ultra Violet and Fantastic Phoebe. 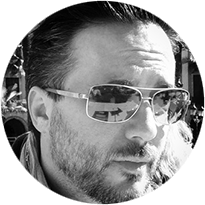 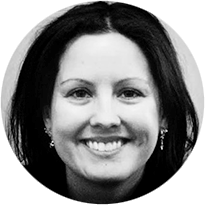 Brandy Andrea Beltas
The Beltas Law Firm, is primarily focused on business formation, bankruptcy, collections, and landlord/tenant issues. Ms. Beltas represents a variety of individual and corporate clients, including small business owners, corporations, debtors, landlords, and tenants. Before practicing in New York, she worked at the Los Angeles County Public Defender’s Office. She is licensed to practice law in California, the District of Columbia, and New York and is a member of the New York City Bar Association, and the Queens County Bar Association. 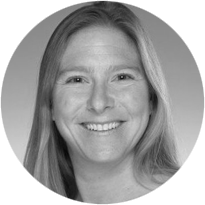 Betsy Scolnik
Betsy Scolnik is the founder and chief consultant of Scolnik Enterprises, specializing in global content distribution and communications strategy in the media and entertainment industries and focusing on community building, content strategy, production, digital business, communications, and strategy. Betsy has had the opportunity to work for the world’s leading commercial and philanthropic organizations.

Prior to launching her own business, Betsy was the Director of Content and Distribution for the Bill and Melinda Gates Foundation. There she was in charge of overseeing the foundation’s content and distribution strategies and production efforts, as well as, the foundation’s digital presence. Scolnik developed the foundation’s new approach to audience targeting and measurement of its cross platform media efforts. Her focus on combining audience segmentation, disciplined targeting, a global approach to consumer experience and measurement quadrupled the foundations digital reach, increased the value of its investments in film, TV, radio and digital content development. But, most importantly, she helped raise awareness of the foundation’s mission and the issues it focuses on. Under her leadership, the foundation was nominated for a Webby Award, selected by Twitter as an example of best practices in the use of social media for philanthropic purposes, and embarked upon new relationship models with both the news and entertainment media.

Scolnik has a wide range of multi-platform content development, operational, communications and strategy roles, including senior roles at AOL Time Warner and Xerox. At AOL she led their digital entertainment programming and promotion across and outside of the US and was the lead producer of Live 8. Betsy’s expertise and experience in the connection of audience targeting, distribution and measurement has given her the breadth of knowledge and passion required to have impact in a multi-platform world.

Betsy earned her degree in International Relations from the University of California, Berkeley and also attended New York University’s graduate school. Betsy is a member of the National Press Club, a member of the World Affairs Council, an active friend of the management at Wikipedia, a member of the Fortune’s Most Powerful Women group and a member of the Creative Good Councils. Betsy is also fluent in Spanish and conversant in Portuguese, French and Italian. 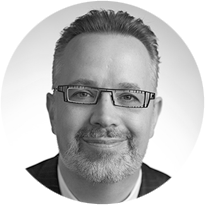 Dan Bena
Dan Bena currently heads the Global Operations Sustainable Development agenda for PepsiCo, using the power of the private sector to help both business and society flourish. He serves/has served on the Public Health Committee of the Safe Water Network; the Leadership Group of the World Business Council for Sustainable Development (WBCSD); Steering Board of IFC’s 2030 Water Resources Group; Steering Committee of the United Nations CEO Mandate; the Global Agenda Council on Water Security of the World Economic Forum; and the Board of the International Society of Beverage Technologists.

Bena recently completed a three-year term on the Board of the Washington-based US Water Alliance, and currently serves on the Board of the Creative Visions Foundation, a non-profit using media and the arts to develop agents of positive social change. Their signature program, called Rock Your World, engages middle and high school students in the UN Universal Declaration of Human Rights, and provides them the tools with which to become creative activists. Bena also serves on the Advisory Board of Artistic Circles, which produced the 2012 documentary, Water Pressures. In 2014, he was invited to serve on the Advisory Board of the Environmental Leader publications group, as well as the America’s Water Initiative of the Earth Institute at Columbia University.

In 2015, Bena was selected as a mentor for the ThreeDotDash.org program of the We Are Family Foundation; a judge for the University of Notre Dame Corporate Adaptation Prize; and as an advisor to the social venture start-up, Keela. He delivered the keynote address at the Royal Gala in the presence of TRH Princess Madeleine and Prince Daniel of Sweden, and has spoken at over 100 venues which span the business, government, academic, and non-profit worlds. In 2013, he represented PepsiCo at the Our Food, Our Future Summit, in Dublin, Ireland, attended by the Prime Minister of Ireland and the Minister of Agriculture. In 2012, he was invited to provide testimony to the US Senate. In 2013, he keynoted the United Nations Youth Assembly to over 1,000 youth delegates from over 100 countries. In 2014, Bena received the Light Up the Night Award for youth advocacy and engagement. In 2015, Bena was invited by the President of the UN General Assembly to participate in a high-level panel on partnerships to advance the post-2015 Development agenda, and was named an Honorary Professor by Glasgow Caledonian University. 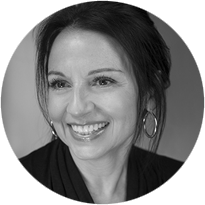 Denise Restauri
As the founder and CEO of GirlQuake and a Forbes Media contributor, Denise Restauri amplifies the voices females from multiple generations by giving them platforms to redefine the notion of power. Denise is the author of the Forbes book Their Roaring Thirties: Brutally Honest Career Talk From Women Who Beat The Youth Trap, and host of the Forbes podcast Mentoring Moments (launches April 2016). She was the executive producer of the inaugural Forbes Women’s Summit. She has been at start-up, speed-up and stay #1 companies in both digital and traditional media. Denise serves on the boards of female-led organizations She’s the First and The Empowerment Plan, is a Tribeca Disruptor Foundation Fellow, an honorary professor at Glasgow Caledonian University and guest lecturer at Stanford University. She has been named to numerous people to watch lists and has appeared on NBCToday, CBS Early Show, ABC News and CNN International. 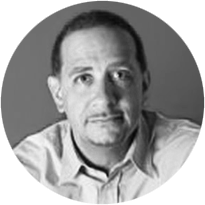 As a corporate communications producer he has designed programs and events for The City of San Francisco, Cisco Systems, Compaq Computers, Microsoft Corporation, Hewlett Packard Corporation and others. As a creative director he led professional productions for The Charlotte Symphony Orchestra and Opera, The Wiltern Theater and Heritage USA.

For his civic leadership as Executive Director of Pro Arts Jersey City, Sean has been listed as one of the 50 most influential individuals in Hudson County, New Jersey. 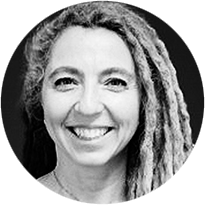 Alice Gugelev
Alice is a Director with the Global Development Incubator and head of the Impact Escalated portfolio, which focuses on financial and structural changes to unlock entrepreneurship for individuals, small and growing enterprises and corporations. The portfolio has a special focus on increasing the scale, reach and impact of growth stage social enterprises and non-profits through a comprehensive 2 year partnership with management teams, boards, funders and a broad set of stakeholders. The Impact Escalated portfolio supports initiatives that drive large scale social change in blended finance, financial inclusion, SME development, economic livelihoods, employment, education, humanitarian work and climate change. Alice is also the Co-Founder and Executive Director of The Muskoka Foundation and the “Do Good As You Go” movement and Chief Strategy Officer and investor for AppMakr, the world’s largest DIY mobile app development platform. Prior to her entrepreneurial ventures, Alice worked with The Bridgespan Group in San Francisco on high school education reform with the Gates Foundation and started Bain & Company’s Pro-Bono practice in Asia specializing in non-profit collaboration practices, driving greater capital to SMEs, and government non-profit oversight, as a consultant and trainer for the National Council for Social Service (NCSS). Alice also worked with the World Bank in SE Asia on their regional HQ In the for-profit world, Alice spent six years with Bain & Company in Singapore and Bangkok, where she focused on market growth, multi-factor cost models, pricing strategy, and merger integration in the finance, consumer product, private equity, and technology sectors. Alice also spent five years on the trading floor managing assets and liabilities for Fortune 500 companies in the US and Asia. After the currency crisis in 1997, she started the fixed income derivatives desk in SE Asia for multinational corporations with The Bank of Tokyo-Mitsubishi. Alice is a graduate of the Stanford Japan Center, holds a double major BA in International Economics and East Asian Studies from Columbia College and an MBA from Harvard Business School. Alice is also the co-author or the highly acclaimed “What’s Your Endgame?” article published in the Stanford Social Innovation Review and widely shared at the Skoll World Forum in Oxford and Ashoka Future Forum in DC.